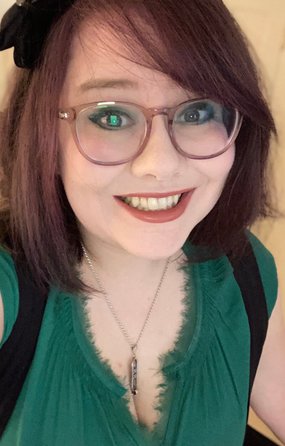 Brittany has appeared in anime such as Dr. Stone, Jojo's Bizarre Adventure, Made in Abyss, Higurashi: GOU/SOTSU, Darling in the Franxx, My Hero Academia, Pokemon XY and many more. She can also be heard in games like Disgaea 6, Smite, Project MIKHAIL, ShadowVerse, Genshin Impact and Yandere Simulator. To see a full listing of their work, check out their resume. You can also hear them in original animations such as Rainbow High as Amaya Raine and Running Man as PangPang, as well as education apps by Hasbro like My Little Pony and Transformers.

Brittany co-owns Kocha Sound and works as a freelance voice director for various companies, including Funimation, Media Blasters and Okratron 5000. Titles include Akudama Drive, Kemono Jihen, Legend of the Galactic Heroes: Die Neue These, Juden-Chan: Recharged, She and Her Cat -Everything Flows- and Hensuki: Would you fall in love with a pervert as long as she's a cutie? She was also the voice director for the JRPG inspired title YIIK: A Postmodern RPG and the on-going, highly rated narrative game Minotaur. Check out more about their casting/directing work and their company Kocha Sound at KochaSound.com.

Currently, Brittany works remotely from her home studio with clients coast to coast and beyond.